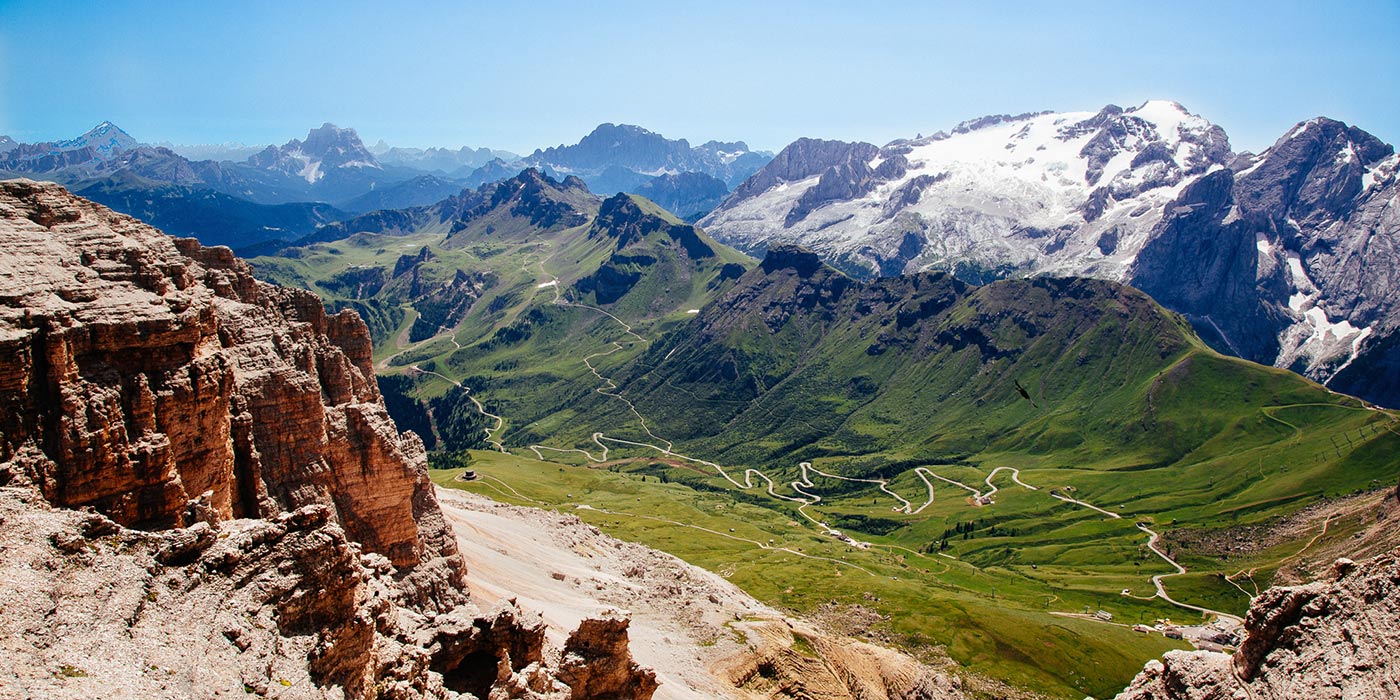 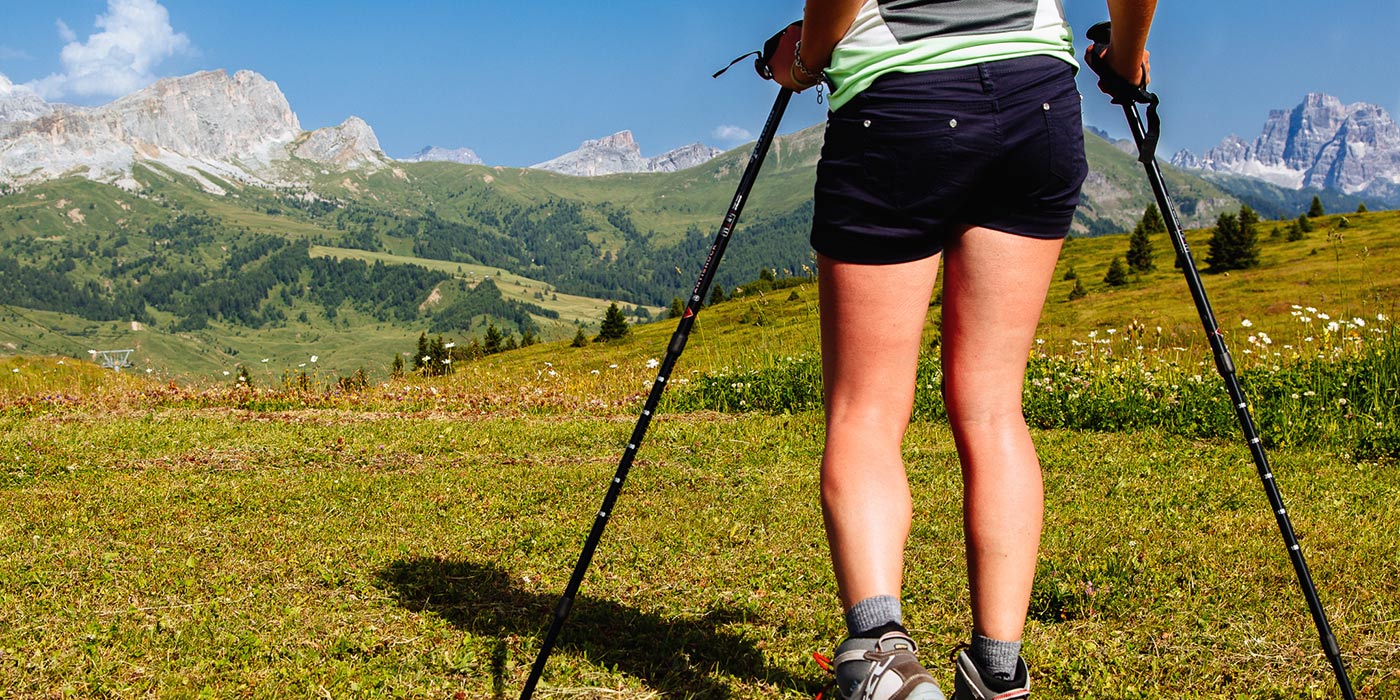 Spending your summer holidays in a Dolomiti Hotel just in front of Sellaronda ski slopes means you will have, within easy reach, all the most interesting places of the region to visit and the most exciting activities to take part in.

The Hotel Mesdì awaits you during the hotter months too, with a long list of suggestions on what to see and what to do in the Dolomites in summer.

People often think that the mountains are less attractive in summer than in winter, but it's not true at all, indeed: discovering the meadows, valleys and mountain pastures in their summer attire, pervaded by bright green vegetation, with the smells of cut hay and wild flowers, is an experience of timeless charm; and the grey Dolomites' peaks tinged with pink at sunset are a unique sight.

The Falzarego Pass with the famous Lagazuoi refuge, the Set Sass, the Nuvolau, the Col di Lana, as well as the Civetta Mount, the Pelmo, the Sasso Pordoi are just some of the wonderful destinations you can get to from Arabba.

The strategic position of the Mesdì Hotel, right at the departure point of the ski lifts, means you can set off directly on walks and hikes without too many hassles or comings and goings: hikes of varying difficulty levels, for beginners and experts, and to suit all tastes, from short walks, to more challenging trips; and for the brave thrilling climbs and breathtaking via ferrate to the highest peaks of the Dolomites and those overlooking Arabba.

Dolomiti and Sellaronda: a paradise on two wheels

Summer is also synonymous with bikes, and, once the winter snow has melted, the Dolomite passes around the Sellaronda have always been a popular destination for road cyclists. You will be spoilt for choice: one example is the climb from Arabba to the famous “cima Coppi” of the Pordoi Pass, a veritable part of cycling history that's a must for all two-wheeler enthusiasts. Along with the passes of Campolongo, Sella, Gardena, Giau, Fedaia Misurina and many more, you can plan trips that are amongst the most exciting and fascinating in the Alps thanks to the scenery the Dolomites provide.

For mountain bike lovers, on the other hand, there are single track and free-ride trails cross country and the famous Sellaronda MTB tour also accessible to the less fit due to the possibility of taking the bikes up to the high altitudes on the cable cars or simply by hiring e-bikes.

Furthermore the trail that winds around this mountain group of the Dolomites hosts other events for cycling enthusiasts every year: the Sella Ronda Bike Day, a non competitive amateur event, the Südtirol Sellaronda Hero, a competition of international fame, and the Maratona dles Dolomites, a granfondo race that has been held every year since 1987.

Come visit us for an unforgettable summer holiday in our Dolomiti Hotel on the Sellaronda! A holiday that leaves its mark

Pictures speaks louder than words: discover the charm of the Dolomites landscapes, the poetry of tasty food, the pleasure of relaxing, familiar and comfortable atmosphere you will find at Hotel Mesdì.

Here’s a preview of the unforgettable holiday that awaits you!