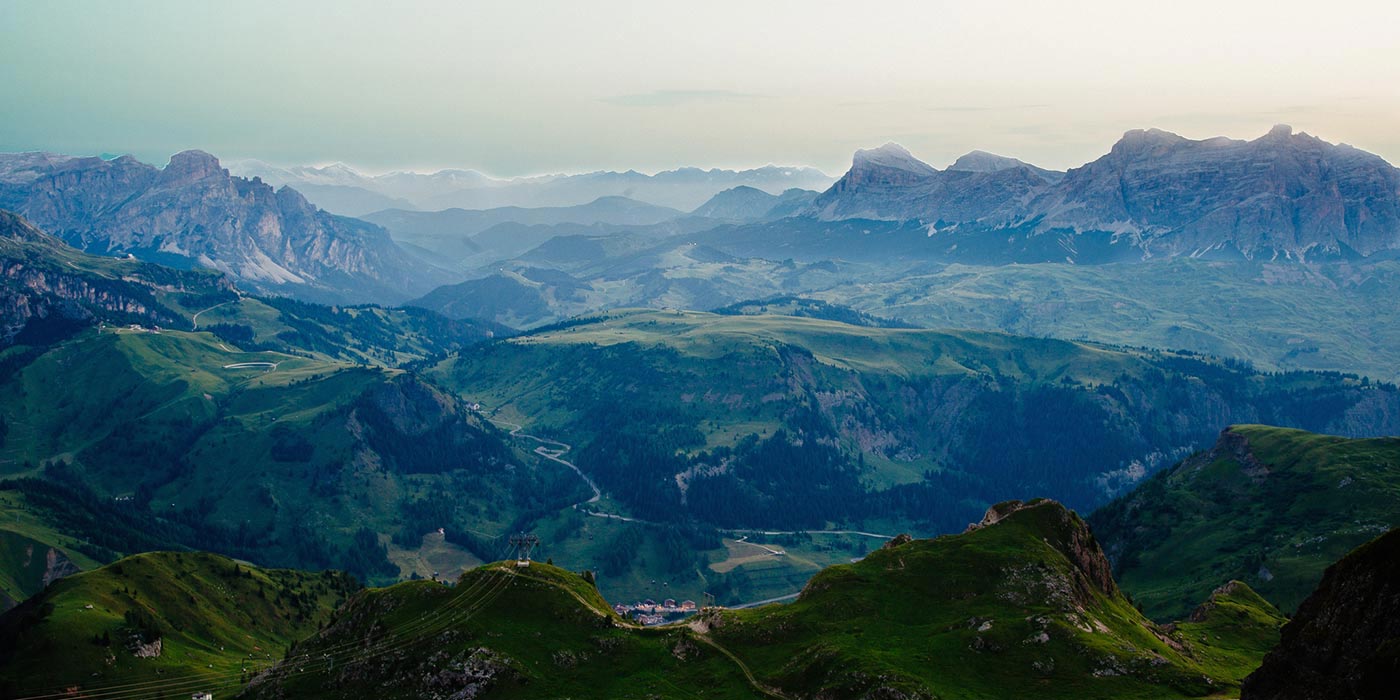 Our hotel is located in Arabba, the perfect starting point for Dolomites cycling tours. These mountains are a Unesco World Heritage site with classical and well-known sights awaiting those who decide to spend their holidays here.

The first one is Sellaronda, one of the most famous tours, also known as Tour of the four passes: it covers the high passes that connect the valleys which surround the Sella group:

Each year, at the beginning of summer, it is time for the Sellaronda Bike Day, one of the most popular non-competitive cycling races open to everybody that comprises all four passes, resulting in 58km of road.

Other perfect locations for Dolomites cycling tours are:

Arabba is the perfect starting point for all most important and interesting Dolomite destinations.

This region was once at the border between the Austrian Empire and the Kingdom of Italy and one of the most crucial battlegrounds during World War I. The surrounding peaks still carry the signs of that conflict: just think of wartime tunnels on Lagazuoi, Cinque Torri, the famous Col di Lana and the "city of ice" at Marmolada.

Within a 20 km radius from Arabba there are three of the most important museums on World War I:

Dolomites cycling tours are the ideal way to retrace the borders of World War I, combining history and spectacular views.

A holiday that leaves its mark

Pictures speaks louder than words: discover the charm of the Dolomites landscapes, the poetry of tasty food, the pleasure of relaxing, familiar and comfortable atmosphere you will find at Hotel Mesdì.

Here’s a preview of the unforgettable holiday that awaits you!